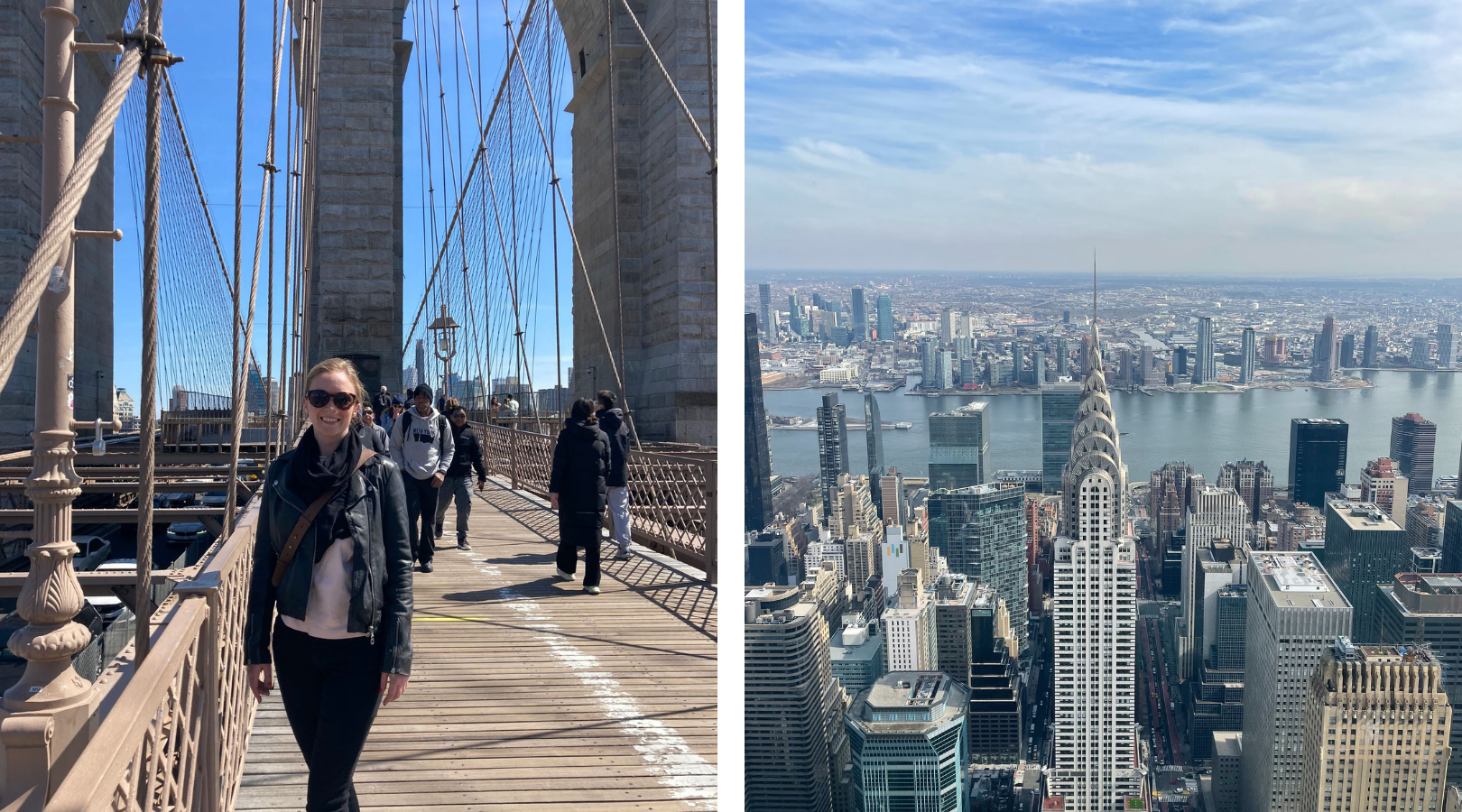 We talk to Zoe Walker, Consultant in our New York team, about expat life in New York City

Last year we welcomed Missouri native Sarah Kane to the UK, and learnt how London compared to Kansas City. Now Zoe shares how New York City differs from life in the UK.

Everyone is looking for a unicorn – oh the bliss of having a dishwasher, in-apartment washer and dryer and some outdoor space, without it being a fifth floor walk up or a trek to get to the subway.

Most apartments are advertised by a broker and the broker fees in New York can range from half a month’s rent to up to 15% of the annual rent! The average rent for a 1 bedroom apartment is $3000/month in NYC, so it adds up! There’s a lot of number crunching to take into consideration before deciding on whether an apartment is worth it and whether you’ll be staying there long term or having to factor in moving/storage costs every year or so.  I prefer to go for no fee apartments (for obvious reasons!) but it limits the options available. Thankfully I love my last find – it’s only missing the in-apartment washer and dryer to attain unicorn status!

Having to hunt for bread wasn’t something that I had expected, oh to be able to easily access a loaf of Warburton’s Toastie sliced bread! Regular sliced bread here tastes very different so I’m always on the lookout for a good ciabatta or pain de campagne(!) instead. The key is to slice it yourself and freeze it; the humidity can make it go stale really quickly if it’s left on the counter/in a bread bin.

Navigating the differences in language despite both being English speaking is a challenge! Pavement = sidewalk, bin = trash can, the letter zed = pronounced zee, duvet = comforter (and the cover tends to be attached!), jam = jelly, coriander = cilantro, rocket = arugula, tap = faucet, nappies = diapers…

It’s much more common and affordable to go to the laundrette/laundromat in New York. I love being able to drop my laundry up before work and pick it up washed, dried and folded later on in the day! It’s common primarily due to the aforementioned lack of washing machines in apartments…

For such a dense city Central Park always surprises me. It’s an amazing public space, so vast and there’s even a zoo!

New York has an abundance of water for a city. It’s only a short walk or subway ride away from anywhere in Manhattan to the water’s edge. Having the opportunity to commute by ferry is such a treat and during the pandemic I also discovered Rockaway Beach, which is only an hour out of the city.

America is famous for it’s fast food but I was pleasantly surprised by the number of farmer’s markets and fresh fruit vendors, primarily from upstate New York. A great resource in the hunt for bread!

l knew it would be warmer in New York but it’s so nice to have consecutive sunny days. It means the chance of a good weather weekend is much higher!

news suggestions thoughts
We use cookies on our website to give you the most relevant experience by remembering your preferences and repeat visits. By clicking “Accept All”, you consent to the use of ALL the cookies. However, you may visit "Cookie Settings" to provide a controlled consent.
Cookie SettingsAccept All
Manage consent

This website uses cookies to improve your experience while you navigate through the website. Out of these, the cookies that are categorized as necessary are stored on your browser as they are essential for the working of basic functionalities of the website. We also use third-party cookies that help us analyze and understand how you use this website. These cookies will be stored in your browser only with your consent. You also have the option to opt-out of these cookies. But opting out of some of these cookies may affect your browsing experience.
Necessary Always Enabled
Necessary cookies are absolutely essential for the website to function properly. These cookies ensure basic functionalities and security features of the website, anonymously.
Functional
Functional cookies help to perform certain functionalities like sharing the content of the website on social media platforms, collect feedbacks, and other third-party features.
Performance
Performance cookies are used to understand and analyze the key performance indexes of the website which helps in delivering a better user experience for the visitors.
Analytics
Analytical cookies are used to understand how visitors interact with the website. These cookies help provide information on metrics the number of visitors, bounce rate, traffic source, etc.
Advertisement
Advertisement cookies are used to provide visitors with relevant ads and marketing campaigns. These cookies track visitors across websites and collect information to provide customized ads.
Others
Other uncategorized cookies are those that are being analyzed and have not been classified into a category as yet.
SAVE & ACCEPT